At the Corenet Global Summit in Shanghai today, I ran a workshop that asked over 40 attendees what they thought the drivers would be for a sustainable workplace in the 2020s. I gave the attendees 15 drivers and asked them to select their top 5.

When the votes were collated the top 5 drivers were Workplace Cost Reduction, Increased Energy Costs, Out of Office Working, Employee Sustainability Engagement and Social Connection.

The top 8 drivers received over 75% of the votes.

We then took the top 7 drivers as voted by the attendees and driver by driver we ranked the drivers on a likelihood and impact matrix. 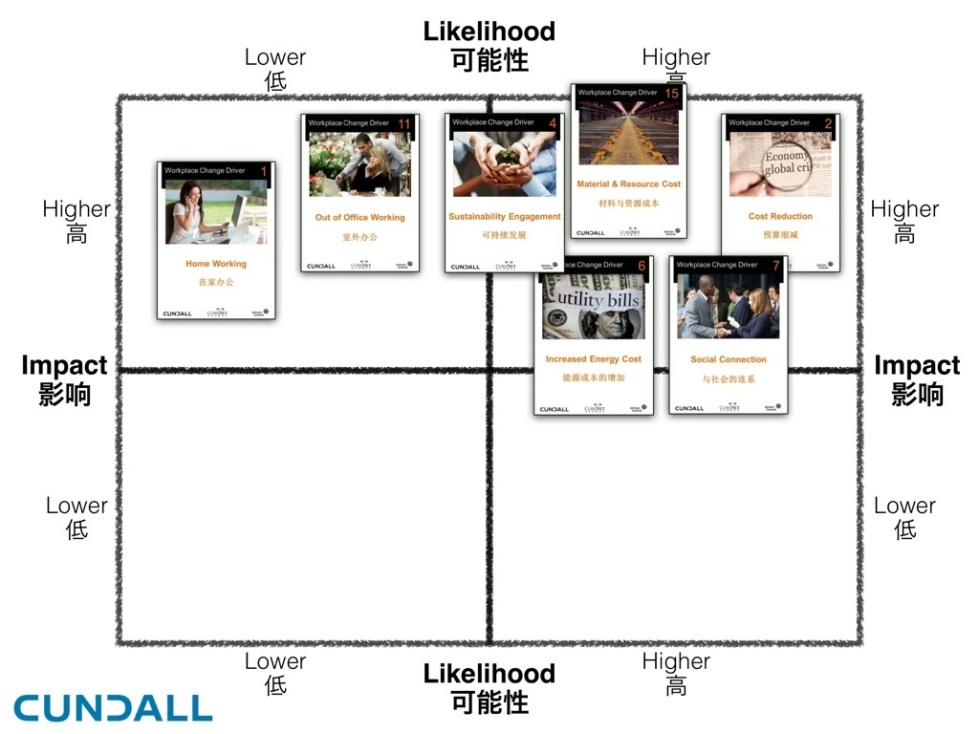 Energy cost was discussed quite a bit. In office spaces energy costs are still relatively low at less than 1% of the total costs of an office based business, but in India energy security was more of an issue. It is a requirement to turn office lights off after 10pm in certain parts of Shanghai, in Mumbai the electricity is turned off after 10pm in certain parts of the city!

The overriding driver of the ranking process was the occupancy cost of the workplace itself. It maybe a reflection of the hard economic times but it is a driver that continues to be a significant part of a sustainable workplace. Whether the impact of the driver is to reduce the sustainability credentials of the workplace or that the impact of the driver is to find sustainability reasons to reduce the cost of occupancy, either way it was felt that cost of occupancy was the most significant.

The answer was yes – Regulatory Changes. 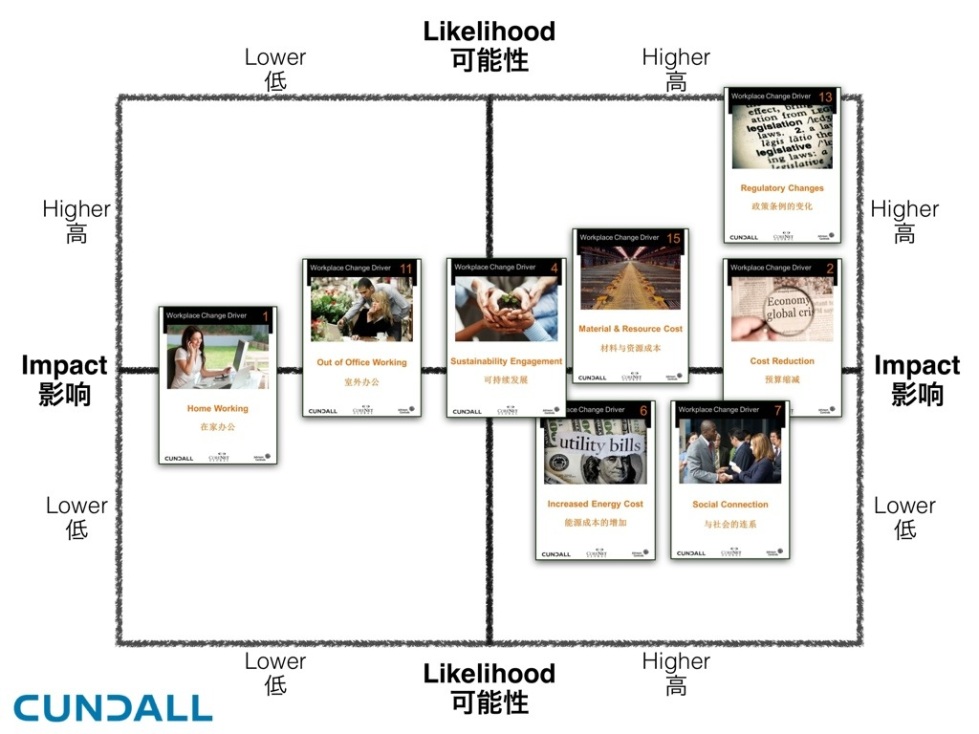 The final discussion within the session was how would regulatory changes impact workplace. Again it varied on geographic location, Australia wasn’t a great likelihood that regulation would happen but if it did the impact would be high. In China and India, the likelihood of regulatory changes was felt to be high and the impact as high as it would be elsewhere. There was one comment that just because there was regulation doesn’t mean everyone will follow it, very true!

So again, the saying “regulation drivers innovation” springs to mind.

Do we need regulation to drive the workplace of the 2020s! It certainly looks that way!

Thank you to everyone who attended.

Easter weekend here in Australia, back next Tuesday.