China stops taking our rubbish – how it could impact Australia 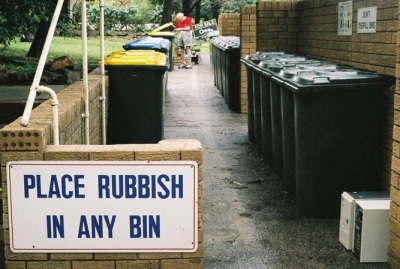 The impact of the recently imposed Chinese Green Fence on the trash produced in American cities was covered recently by Quartz. But what impact could it have on Australia?

First up, the Chinese Green Fence.

China over the last few years has become more and more aware of the environmental impact of processing our waste. And they have recently established what they have called The Green Fence to try and minimise the impact of our waste on their country.

So the Chinese Green Fence is just bringing their regulations up to equivalent standards that we have.

Whoa, that means they expect the same from us as we expect from ourselves.

Anyway, way to political for a story on rubbish.

Next up, the impact on US cities.

In the Quartz article it says that “… hints are emerging that American cities and the companies that sell trash are in for a rude awakening. A recent sign of this comes from Oregon, where truckloads of plastic are piling up at recycling depots because Chinese buyers cancelled their orders, as Oregon Public Broadcasting reports.”

What Orgeon is up in arms about is that they now have to sort through their stockpile of existing plastics to take out the non-recyclable plastic. Which they would of had to have done if they recycled it themselves.

But, and this is where the potential impact for Australia comes from, the average US citizen has not needed to worry about separating plastics because China took any kind of mixed plastic AND they have let the investment in their own recycling plants fall by the way side.

According to a report from Resource Recycling, Portland Oregon there haven’t been any new PE recycling facilities opened in the US since 2003 compared to the 4000 plants opened in Asia in the last year.

So the drop off in Chinese demand for mixed plastics waste from the US, coupled with a lack of investment in recycling plants could have huge cost implications for American cities.

The final note, what does it mean for Australia?

According to the Plastics and Chemicals Industry Association 2011 survey, we are heading in the same direction. In 2010-11 we exported over 50% of our recycled plastic waste, up from 36% in 2001. 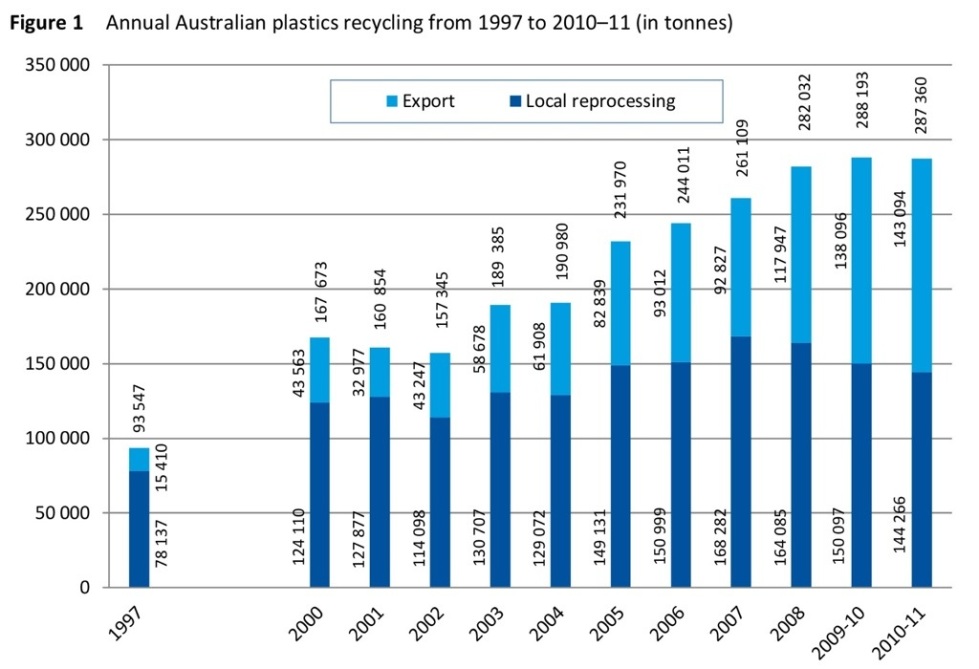 How could it impact Australia? Well its cheaper to process the recycling of plastic in China compared to Australia, for now but probably not for long. China is starting to set rules and regulations similar to the developed world, cost of resources and energy is increasing in China and salary levels will need to increase to perpetuate the domestic market.

So similar to the US, the impact could be huge. Especially as we are running out of landfill!

On a positive side, we have been increasing the amount of recycling, up from 11% in 2001 to 20% in 2011. But we are consuming 1.4 million tonnes of plastic every year, so with a 20% recycled rate thats a lot of plastic going to landfill.

OK I struggled to finish this on a positive note, sorry its not a pretty picture.