Gr8 way that u can save the planet! 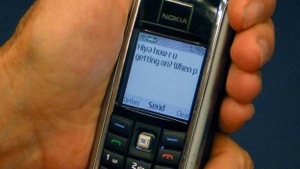 If u adopt this philosophy u can hlp offset the equivalent of New Zealand’s total annual carbon emissions but it takes commitmnt.

Being a bit of a nrd and fairly lzy typist I strted to become interested in whthr u cld reduce yr carbon emissions through shrtning words. It turns out u can.

I am going to have to withhold my commitment to saving the planet for the rest of the post to explain.

Every digital ‘letter’ that gets posted online whether thats in an email, twitter, facebook or wherever takes energy and therefore carbon to post it. The DoE in the US has apparently calculated that the carbon emissions per GB of text data is roughly 1kgCO2.

So if we reduce the size of the ‘text’ data we send we can reduce our carbon emissions.

First up, how much carbon emissions are associated with text based data? 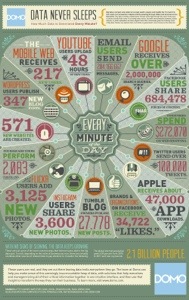 This requires a bit of the Fermi method using the image above.

There are 204,166,667 emails sent every minute around the world. Let’s assume the average email size is 150 words (think about how many fwd fwd re re emails you get), the average letter per word is apparently 5 and the kB per letter is about 0.001kB (use notepad to work it out).

So every minute of every day over 153GB of emails are sent around the world!

There is probably a load of other text based data but lets focus on the big stuff – emails.

That 80,482,500 GB of email data is the equivalent of 80,482 tonnes of CO2 every year – about the same as what the whole population of the Philippines! Holy sht that’s a lot of emissions just from emailing!

So how do we save the planet?

Get back to the gr8 old school text messaging where you could only send one text of 140 characters and had to shorten everything. Or learn from your kids and starting using FLA messaging style.

What impact does it have?

and the list goes on. I am sure you can think of a load more yourself.

If we just do word shortening then we could save the equivalent of the whole of New Zealand’s carbon emissions every year.

If we add FLAs to our commitment we could save the equivalent of Mongolia, Brunei, Luxembourg, Kenya and Zimbabwe as well as New Zealand.

Could our planetary emergency change our written language?