Financial traders now have carbon risk front and centre but we should remove our price on carbon? 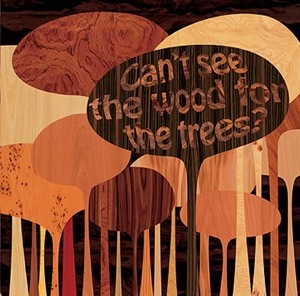 As our own government tries to sweep carbon under the proverbial carpet the illustrious ‘capitalists’ now have carbon risk at the forefront of every deal thats made on Wall Street through their Bloomberg terminals with a new financial tool lets Wall Street calculate the climate-change risk of investments.

Reported on The Atlantic “Wall Street is starting to take seriously the prospect that a carbon-constrained economy could put fossil fuel companies in the red. Bloomberg terminals—those ubiquitous desktop computer screens that everyone from state treasurers to hedge-fund cowboys rely on to make financial decisions—have quietly added a function called the Carbon Risk Valuation Tool, or CRVT in Bloomberg-speak. The CRVT for the first time allows investors to view the impact of say, declining oil prices due to carbon regulations, on companies’ stock prices, or how a carbon tax would affect the value of a portfolio.”

And from The New York Times “A new report by the environmental data company CDP has found that at least 29 companies, some with close ties to Republicans, including ExxonMobil, Walmart and American Electric Power, are incorporating a price on carbon into their long-term financial plans.”

And individuals are calling for action, this one from Angus Gordon “This is 25 year plus journey. However it a journey we need to travel. If we don’t we must ask our selves what happens when we wake up one day and: 1. We are still the most carbon intensive economy but the rest of the world is now a low carbon economy; and 2. Our coal is no longer in high demand and the price we receive and the quantity we can export is very low”

So, financial investments are being analysed for their carbon risk, big corporates are now factoring it in to their long term financial planning and individuals are calling for action but our government is saying man made carbon emissions are not causing climate change and we shouldn’t have a price on carbon. For someone who says he is all about business he doesn’t seem to be in touch with what business is doing.

← Impact Gaming – could Candy Crushers save the world?
3D printing using only sunlight and no plastic →

3 Comments on “Financial traders now have carbon risk front and centre but we should remove our price on carbon?”