10 Sustainable Business Stories Too Important to Miss from HBR 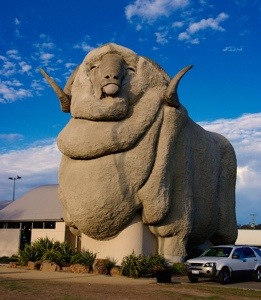 A great article on the 10 sustainable business stories from 2013 from Harvard Business Review. For those who are time strapped this time of year, below are the snippets of the hbr article, if you have more time or need something to read over the festive break read the full article.

Here are the snippets –

1. The science of climate change gets clearer: the IPCC lowers our carbon “budget.”
The report expresses “near certainty” that humans are causing climate change and calculates how much more carbon we can “safely” put in the atmosphere and hold to the 2-degree warming. PwC suggest 6% reduction per year, every year through to 2100 is necessary. McKinsey suggests 3% reduction is profitable through to 2020.

2. The reality of climate change and pollution get scarier: Australian heat, Philippine devastation, and Chinese air pollution all break records.
The models and carbon budgets aside, the weather this year got even more extreme, helping make the case for action in a more visceral way. Australia’s meteorologists had to add new colors to weather maps to deal with temperatures ranging up to 54 degrees. The Philippines faced the most powerful storm ever recorded to hit land, some climatologists suggested we add a “Category 6” to the top end of the storm scale. China’s air became, at times, dangerous and unbreathable. Several cities experienced days with small-particle air pollution running 25 to 40 times higher than the World Health Organization’s recommended limit.

3. The clean tech markets keep growing fast: three of the world’s biggest economies — the U.S., Germany, and Walmart — add lots more renewable energy.
In October, 99% of the new energy added to the grid in the U.S. came from renewables (solar alone was 72%). Germany keeps breaking its own records, with wind and solar providing 59% of the country’s energy one sunny day in October. Walmart, already the largest private sector buyer of solar power in the US (with more solar capacity than 38 U.S. states), committed to a 600% increase in renewable energy by 2020.

4. Deep concerns about labor conditions, wages, and equity take root: From tragedies in Bangladeshi apparel factories to minimum wages in the U.S.
Travesties like the death of more than 1100 workers at the Rana Plaza apparel factory in Bangladesh are increasingly unacceptable to the buying public. And it’s getting harder to hide how connected we all are to these workers. When the news hit about the loss of life, front pages around the world included the names of major brands that depended on the factory to make their goods. Swedish retailer H&M recently said it would pay a “living wage” to 850,000 workers in its supply chain by 2018 – a somewhat vague, but important announcement.

5. Food and food waste gets more attention, debate, and innovation: Can cows save the world, or should we make meat in labs?
The level of concern about how we’re going to feed 9 billion people by 2050 is rising. Food waste also got more attention: a UN report estimated that the world throws out $750 billion worth of food annually. Fenugreen, a smart startup that won the Sustainable Brands Innovation Open in June, sells sheets of paper made with natural ingredients that fight food decay – they can keep fruit and veggies from going bad 2 to 4 times longer than they would last normally.

Finally, a quirky, totally different meat story was fascinating. Billionaires Bill Gates and Sergey Brin are funding experiments to grow meat in labs, a process that – once people get past any “ick” factor – could greatly reduce the footprint of producing meat-based protein.

What Companies Are Doing

6. (Some) businesses get off the sidelines in the climate policy fight: Hundreds of companies sign onto the Climate Declaration.
Accenture produced a fascinating survey of 1000 CEOs around the world, in which a surprising 83% agreed that government should play a critical role in enabling the private sector to advance sustainability. And 31% even supported “intervention through taxation.” In a world where business generally fights all regulations and government interventions, it’s astonishing that one third of global CEOs basically said, “tax us.”

8. Sustainable companies are winning the talent wars: Unilever ranks 3rd in LinkedIn’s list of in-demand employers.
Just consider LinkedIn’s top 20 most in demand companies (in order): Google, Apple, Unilever, P&G, Microsoft, Facebook, Amazon, PepsiCo, Shell, McKinsey, Nestlé, Johnson & Johnson, BP, GE, Nike, Pfizer, Disney, Coca-Cola, Chevron, and L’Oréal. What’s surprising is Unilever’s rank — for a company not nearly as well known as the others, it came in just behind two of the hottest, most valuable companies in the world, and ahead of much better known brands like Disney, Nike, and Coca-Cola. Executives at Unilever credit their ranking to the company’s known leadership on sustainability. It’s hard to argue the point.

9. Systems innovation starts to take root: NIKE, NASA, USAID, and the Department of State create LAUNCH.
LAUNCH is an initiative to identify and accelerate innovations that help solve global problems with water, health, energy, waste, and systems. This program is new so it’s unclear what the impact will be, but it’s an interesting and indicative story for two reasons. First, look at the partners — what a weird, wonderful mix of business, government, and scientific organizations. Second, the goal is really systems change, and if we’re going to solve the mega challenges in our midst, we need to work across value chains and traditional lines.

10. Better tools for companies to assess “materiality” get closer: SASB releases its first sustainability accounting standards.
The Sustainability Accounting Standards Board has been plugging away, drawing together executives from the world’s largest companies to develop the right sets of questions – specific to each sector – that will help leaders identify which environmental and social issues are really material to their business.

Will the divestment movement continue to gather steam and put significant pressure, either financial (unlikely) or moral (much more intriguing), on fossil fuel companies?

Will all the talk about building a circular economy gain mainstream acceptance?

Will we get better at valuing natural capital (and will companies and markets care)? It certainly garnered lots of attention this year, with new estimates of the damage the global economy does to natural assets (trillions), new tools to measure natural capital, and an important new book from former Goldman partner and CEO of The Nature Conservancy, Mark Tercek.

Can challenges to our consumption-driven model go gain currency? Patagonia continues to launch programs like its Responsible Economy initiative and a backlash to Black Friday, “Worn Wear,” which suggests that we should enjoy what we already own.

Will the resilience push take hold? New York City released a $20 billion plan to get the city ready for more extreme weather — will companies embrace the risk-reduction benefits of different thinking and planning?”